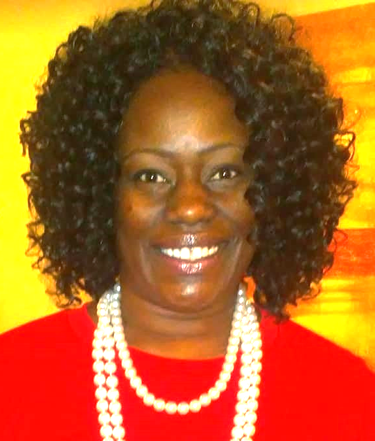 Sheila A. Carves is a graduate of Lindenwood University with a Master of Arts in Educational Administration and a Bachelor of Science degree from Southern Illinois University at Carbondale.

She took on her first administrative position as assistant principal for the past three years in both elementary and middle schools. Currently, Ms. Carves is honored to serve the Ferguson-Florissant School District as the Founding Principal of Innovation School (2019-2020).

Ms. Carves believes her why is to inform, inspire, and impart to others so they may discover and release their gifts to impact the world.

I call St. Louis home but I've lived in several other states and several other countries for periods of my life.  I've been in the Ferguson-Florissant School District for 8 years having spent those years as an English teacher at MSB High School.  I chose to work at the Innovation School because I'm extremely excited about this new way of doing education. I think it's going to be great for our students and I love that I get to know my students much better than I would if I was at a normal high school.  I have a ton of interests: I enjoy many different sports (basketball, soccer, volleyball, tennis, to name a few), hiking, playing the piano, singing, reading, visiting international restaurants and just hanging out with friends. I'm passionate about loving people well and building community.

I am originally from Chelsea,  a very small rural community in Oklahoma, I moved to Florissant in 2004. I have been in education for 21 years, 16 of those here with the Ferguson-Florissant School District.  I chose to teach because I have always loved learning and going to school. I chose Innovation because I believe students should be more involved in the learning process. At Innovation, the entire learning experience is personalized to each student’s interests, talents, and needs.  This truly allows for teaching "one student at a time". My interests vary greatly but include medicine and health, music, comedy, DIY projects, and self-improvement. I am excited about this opportunity and look forward to providing a unique environment where students can grow and develop as individuals within a community of learners.

I was born and raised in Missouri. As a child, I lived in an extremely small town called Owensville; then moved to the St. Louis area as a middle schooler. I graduated from Kirkwood High School and went on earned my Bachelors degree and teaching certification from Fontbonne University. I have been working in schools in some capacity for the past 17 years, mostly as an Art Teacher. I was previously a tenured teacher within the Ferguson-Florissant School District and after several years in other local districts, I am so excited to be returning! I choose the Innovation School because I believe that true learning comes when interests are involved. The Big Picture Learning Model is by far the closest type of learning to "real life" and I am thrilled to be a part of this endeavor and that Innovation School picked me!  I love to create all types of art and I also enjoy spending time with my family, adventuring and exploring the world around us. I am passionate about helping others. I recognize that I would not be where I am in life if not for the input of those around me while I was growing up. The experiences I've had, the information that has been shared with me, the examples that were set and the love and forgiveness I have received all shaped me into the person I am. I hope to live in a way that helps others see their own potential and help them achieve it.

I have been in the Ferguson-Florissant School District going on five years.  I have served as an English and credit recovery teacher at Mark Twain, Humanities Curriculum Specialist, and the Edmentum Coordinator.  I chose to be an advisor at the Innovation High School because I believe this is going to be a life changing experience for our students, parents, and community.  I look forward to creating a community of lifelong learners in our classroom and getting to know everyone! I am married and have three amazing kids! We love spending time together going to Blues hockey games and taking trips to the beach.  I love to read science fiction and fantasy books. My husband and I love to travel and we have been to several different places around the world and we hope to visit many more in the future!

School Counselor for the Innovation School.  I am from St. Louis, MO and returning home from Kansas City, MO to share my love for school counseling.  I am entering my sixth year as a school counselor and excited to be part of this new adventure with Innovation School in my first year at Ferguson-Florissant School District.  I enjoy building healthy relationships with my students, parents, and school community especially in our social climate and culture. I enjoy my time with family and friends, playing sand volleyball, attending cultural events, and traveling.

I'm from San Diego, Galesburg, and this is my 10th year in St. Louis. This is my 10th year in education and my first year in the Ferguson-Florissant School District. I chose the Innovation School because our young people deserve real-world experiences that will prepare them to have their own businesses or careers that will support the life they want.  Also, I was excited about helping companies and small businesses grow as a result of our students' innovative abilities. I am passionate about teaching young people about entrepreneurship. I also enjoy learning about my ancestors, dancing, and running.