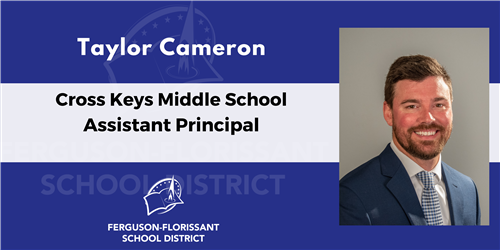 Cameron has served the Ferguson-Florissant School District since 2014. He has been the math instructional support leader at STEAM Academy Middle since 2021. Prior to that role, Cameron served the District as a teacher at Johnson-Wabash 6th Grade Center, serving as the math department chairperson from 2019-2021. He started his career in the District as a classroom teacher at Parker Road Elementary.

Cameron holds a master’s degree in elementary administration from Lindenwood University and a bachelor’s degree from University of Central Missouri. 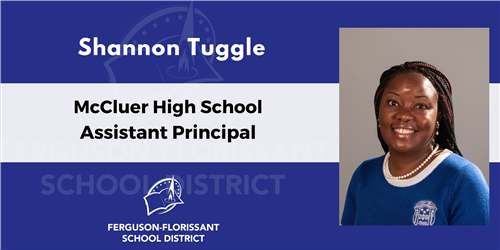 Tuggle is entering her fifteenth year in education, having previously served as an academic instructional coach at St. Louis Public Schools. Prior to that role, Tuggle has served in numerous roles as a reading specialist, cross-categorical teacher and special education department chairperson. She has also served as an English teacher in Hazelwood School District from 2012-2017. Prior to starting a career in education, Tuggle worked for the State of Missouri as a social worker in the areas of behavioral and mental health, substance abuse and child abuse and neglect. 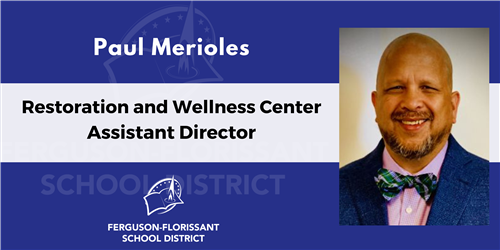 Merioles has served in the Ferguson-Florissant School District for 25 years. He has spent the last eight years at Restoration and Wellness Center, where he has served in numerous roles as an administrative intern, credit recovery teacher and teacher leader. Prior to joining the District, Merioles served in the United States Marine Corps and the Kansas Army National Guard. 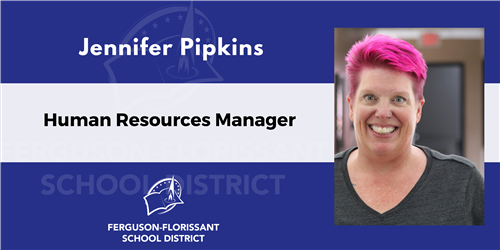 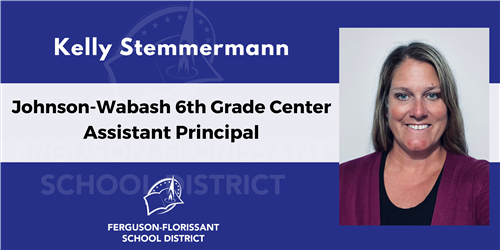 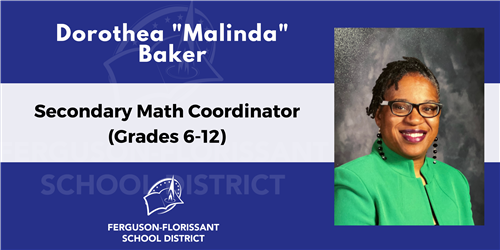 Baker is currently in her fifteenth year with Ferguson-Florissant School District, having previously served as a math teacher, math department chairperson and IB-CP coordinator at STEAM Academy at McCluer South-Berkeley High School since 2019. Prior to that role, Baker taught mathematics at McCluer North from 2007-2019. She began her teaching career as a secondary math teacher in the Riverview Gardens School District.

Baker holds a master’s degree in education in curriculum and instruction and an emphasis on graduate work in mathematics from University of Missouri - St. Louis. She has a bachelor’s degree from Harris Stowe State University.

Director of Career and Technical Education 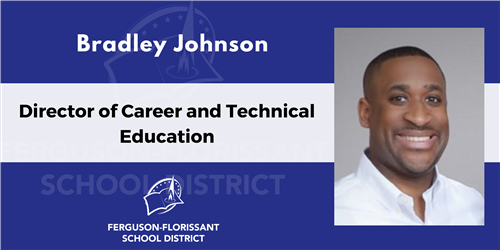 Crawford brings 30 years of experience in education and leadership in the Ferguson-Florissant School District. She previously served as principal of STEAM Academy at McCluer South-Berkeley High School. Before becoming an administrator at STEAM High, Crawford served the District in numerous leadership roles, as both principal and assistant principal at the elementary and secondary levels, attendance administrator and dean of students. She is currently chairperson and co-facilitator of the FFSD MTSS (Multi-Tiered Systems of Support) Core Leadership Team, helping to train District facilitators in site-based implementation of adult professional learning around MTSS/ PBIS.

Prior to becoming an administrator, Crawford started in the District in 1993 as an English teacher at McCluer.